Some of the world's most successful companies were started in a garage. The start of ETN AS was not in a garage, because the idea behind it was too mind-blowing, but in the parking lot of the university campus in Oslo in 2009. Two scientists who once shared a laboratory met there by chance. One of them, Roger Trones, is now a businessman; the other one, Stig Pedersen-Bjergaard, is now a professor at the Faculty of Pharmacy. Stig, together with Prof. Knut Rasmussen, had invented a technology called Electromembrane Extraction, which piqued Roger's interest. After four years, Extraction Technology Norway AS was founded, where Roger and the ETN team turned this technology into a product, the revolutionary and world's 1st commercial ETN-10 EME, the gold standard in clinical sample preparation. 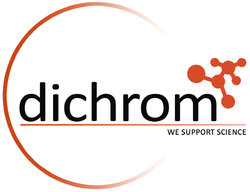